Ford: 'We assume Apple is working on a car'

Ford is in the technology business. Yes, it makes cars but that is now only part of its operations. The company's chief executive has revealed that it's working on the assumption that its major rivals in the future may not be General Motors or Chrysler. But Google and Apple. 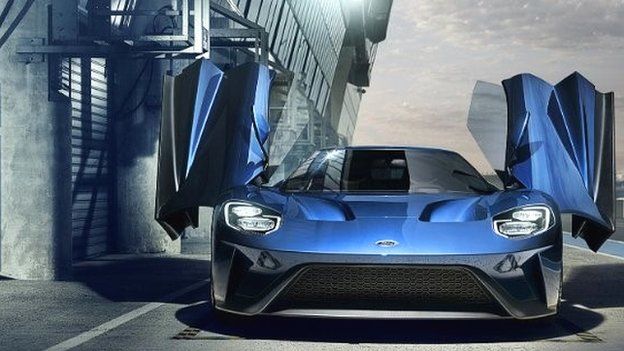 Alongside Google's self-driving cars, technology companies have recognised the value of "mobility" as a market in the future.

It is estimated the traditional car market is globally worth about £1.6 trillion in revenues every year.

Add to that all the other forms of road based ground transport - taxis, car sharing, Uber-style businesses, bikes, buses, coaches - and the market increases to £3.8 trillion.

And Mr Fields would quite like a chunk of that.


I ask him whether the biggest threat to his company comes from General Motors or Google.

"There are a lot of traditional competitors that we have in our business who we know and we respect," he said.

"There are a lot of new non-traditional competitors who are looking at the automotive space and looking at that addressable market and saying 'gee can we get a piece of that'.

"We are viewing that as an opportunity not as a threat and there will be some things [we can do] on our own to be able to satisfy those customer needs that technology enables.

"And at other times we will partner with others and that's the reason we set up a big research and innovation centre in Palo Alto because we want to collaborate with and participate in that environment."

Does that mean making cars for Google?No, he says, Ford is not into "contract manufacturing", or the "handset, commodity base business" as Mr Fields puts it.But the company could link up with Google and other technology companies for joint projects.Ford, which made record profits of $10.8bn last year, says that "Level 4" driverless cars will be available by the end of the decade.

"Level 4" cars can drive autonomously in a pre-defined area fully mapped by computers."Level 5" cars, much further away, can take over completely from the driver and "take you home", wherever that may be.

"A Level 4 vehicle is where the passenger does not have to take control of the vehicle, but it's a vehicle that's in a pre-defined area, that's been 3D mapped, and what we call geo-fenced," Mr Fields said."And we believe when we look at the advancements in the sensors and advancements in the software algorithms which are necessary for the vehicle to navigate, that probably by the end of the decade, in the next four years or so, someone in the industry may have a Level 4 vehicle."It may not be us, but we are working very, very intently on this.

"With low fuel prices, cheap finance as a result of hyper-low interest rates and a growing middle class, particularly in Asia, car sales are rising to new heights despite concerns about pollution.

Mr Fields says it is unlikely we have yet reached "peak car"."The global auto industry will continue to grow and the reason it will grow is you will see the global middle class double in the next 15 years," he says.

In some cities and congested urban areas, though, private car use will be increasingly curtailed - such as in Oslo - and even outlawed."You could argue that in major urban areas there could be a lower density of vehicles, either because it's regulated out by the various legislatures or it's too expensive,"

Mr Fields says."As we stand back and we look at the overall approach, it's one in which I think you will see some parts of the world actually tighten regulations on 'personal use vehicles' in down town city areas." Ford, with its small and growing bike business, wants to be ready for that. "Mobility" is now about more than building cars.
Source: http://www.bbc.com/news/business-36126591